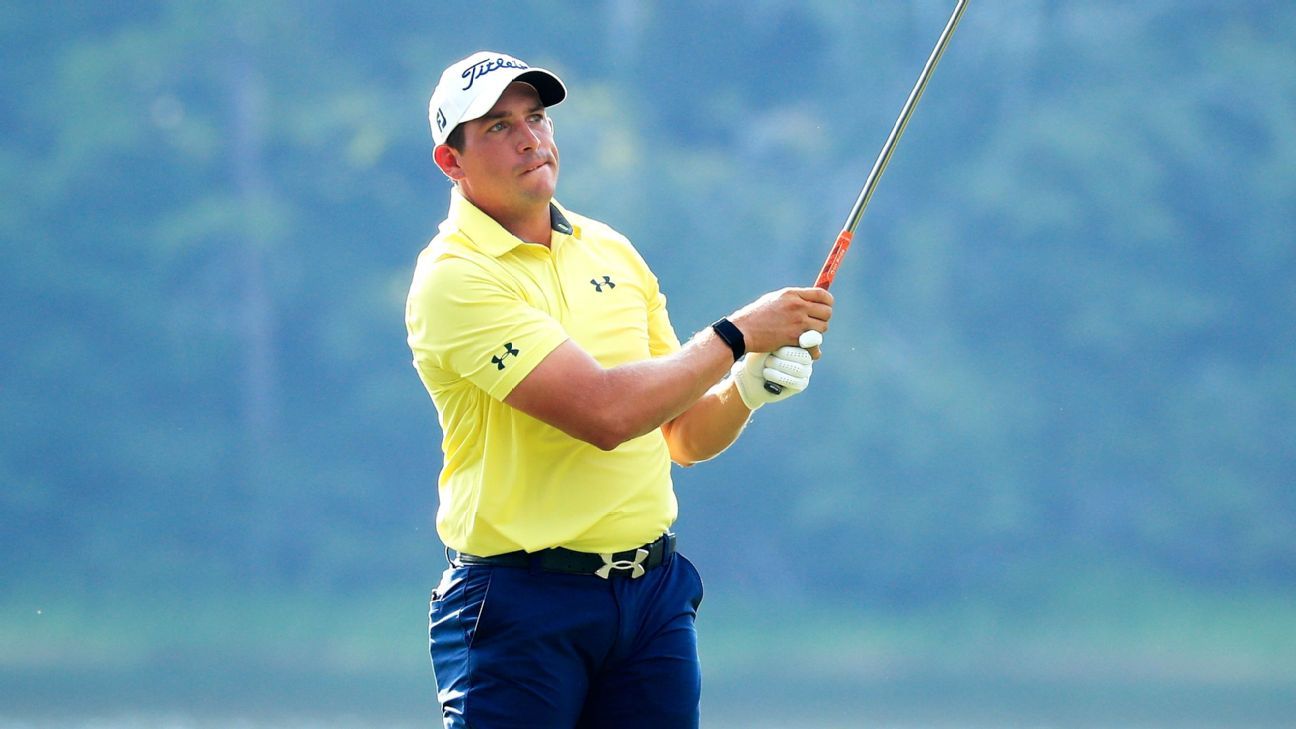 AVONDALE, La. — Scott Stallings and Trey Mullinax shot a best-ball 11-under 61 to top the Zurich Classic leaderboard after a weather delay longer than seven hours prevented half of the 80 teams from even teeing off Thursday.

Stallings and Mullinax, who started on the back nine, birdied their last four holes at the TPC Louisiana — and seven of nine holes after the turn — for a one-stroke lead over two teams.

“We both played solid all day — missed a couple putts, short ones, but made a couple longs ones,” Mullinax said. “We both putted really well. Scott was really good with his wedges.”

Martin Laird and Nick Taylor, who were in the same group as the leaders, finished at 10 under. But the team of Brian Gay and Rory Sabbatini had both of the top teams in their sights after birdies on the first five holes of the back nine got them to 10 under through 14 holes.

All but 13 teams still had part or all of the first round still to play when darkness stopped play. Seventeen teams were within five shots of the lead.

The Zurich Classic is the only team even on the PGA Tour, and the format alternates between best ball in the first and third rounds and alternate shot in the second and final rounds.

The Australian tandem of Jason Day and Adam Scott, who started on No. 10 at 7:39 a.m. could be seen jogging down the fairway on No. 8 in hopes of completing their round on the ninth hole as the sun set just past 7:30 p.m. local time. But as Scott lined up for his second shot on a fairway bunker, the horn sounded to signal that would be the last hole, and that players who hadn’t finished the first round would have to be back on the course at 7 a.m. on Friday.

Scott backed away from his ball in a fairway bunker and briefly assumed a defeated, slouched posture, knowing he’d be among players with an early wake-up call the next day.

The delay was caused by a downpour that dropped nearly three inches while lightning flashed intermittently in the vicinity of the course, which was carved out of cypress swamps just southwest of New Orleans.

The first players to tee off were on the course for a little more than two-and-a-half hours before the horn sounded to suspend play.

The tandem of Joel Dahmen and Brandon Harkins left the course with the early lead at 6 under through nine when the delay began.

“We were rolling, too, so (the delay) wasn’t great for us,” Harkins said.

Organizers briefly tried to restart early in the afternoon before another storm struck.

“To get ready for a third time is hard,” Harkins said. “You can do two, but rarely do you do three.”

They completed their round tied for fourth with Brice Garnett and Chesson Hadley at 9 under.

During the delay, Stallings said he did “a whole lot of nothing,” adding that he “sat in the car, took a nap, went in the trailer, hung out” with other players.

Play resumed in the evening with just more than two hours of daylight left. Galleries were so sparse at that point that chirping birds and croaking frogs made more noise than spectators, even for stars Day and Scott, who were among seven teams at 8 under.

Only a handful of people were present to witness Day’s unusual second shot on the par-4 first hole, which was his group’s 10th hole of the day. After hooking his tee shot through the trees to the left of the fairway, Day had to find his ball among numerous practice balls on the driving range. He then lofted his second shot 123 yards back over a row of the trees to 8 feet from the pin. After all that, he narrowly missed his birdie putt and reacted by flipping his putter in the air and catching it after a full rotation.

Day didn’t even bother the finish the par-5 second hole after his second shot landed in the rough. That’s because Scott was on in two after a 300-yard drive into the fairway and a 256-yard second shot to the green. He narrowly missed a 53-foot putt for eagle before draining a 2-footer for birdie. Day regained his form with an 8-foot birdie putt on the par-4, 435-yard No. 5 hole and added another birdie on the par-5 seventh when his 323-yard tee shot set up his 232-yard second shot to the green. His eagle putt rolled just inches past the hole.