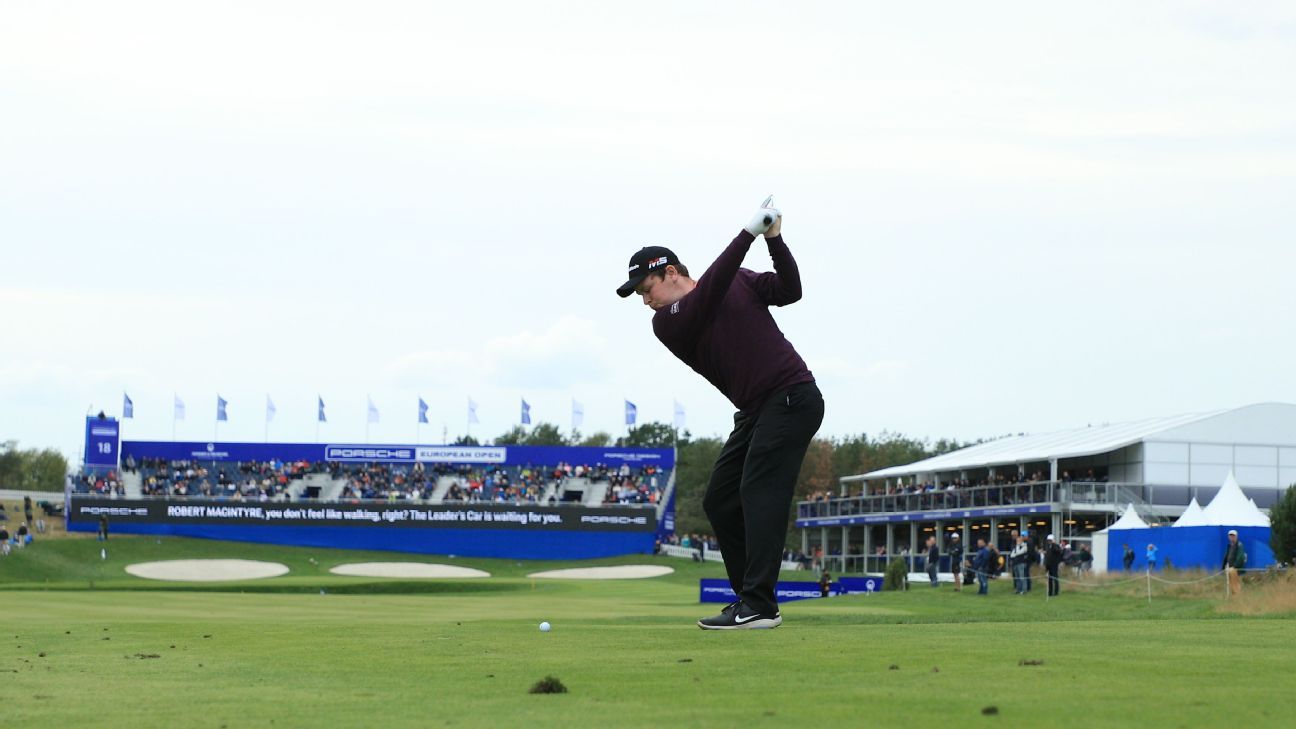 Scottish rookie Robert MacIntyre fired a bogey-free, 7-under-par 65 to take a four-stroke advantage after the second round of the European Open in Hamburg on Friday.

In a remarkable display of both driving and putting, MacIntyre carded seven birdies at Green Eagle Golf Course to move to 11-under overall heading into the weekend.

MacIntyre has enjoyed an impressive debut season, recording back-to-back runners-up finishes at the British Masters and the Made in Denmark in May before finishing in a tie for sixth at the 148th British Open.

“I don’t know what I’m doing but it’s working so I’m just going to try and continue to do it.”

“I can only control what I can control and that’s swinging the golf club for each individual shot. That’s all I’m going to do over the weekend as well and hopefully I can keep the good scores coming.”

Home favourite Bernd Ritthammer is second on 7-under after a spotless round of 66, while overnight leader Paul Casey and Matthias Schwab were two shots further behind at 5-under in a tie for third spot alongside Italian Guido Migliozzi.

England’s Casey followed up his opening-round 66 with a 1-over 73 as he was among the early starters who struggled to deal with cold and windy conditions.

After a mixed-bag opening-round 73, world number nine Xander Schauffele produced a much improved round of 69 and was nine shots behind MacIntyre.